The corridors and halls of the Buys Ballot building in Utrecht were very crowded at the Autumn Festival of the Teaching & Learning Lab (TLL), Friday afternoon, November 10, 2017. Around 200 teachers, students and pupils visited the skills labs, short lectures and demonstrations. The range was large: from the use of Escape rooms in education, through virtual and augmented reality, to student projects with 3D photography.

View Nikki’s vlog VR testing and the Autumn Festival and Jane’s vlog Create your own knowledge clip (with English subtitles): 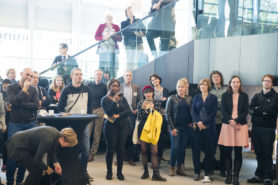 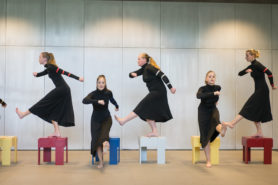 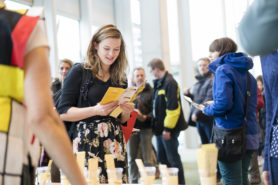 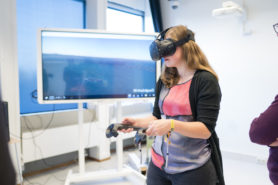 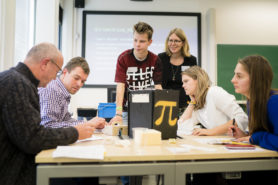 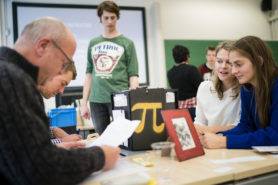 Next, professor Jim Slotta from Boston showed how he researches new forms of interaction between pupil, teacher and technology. The participants could experience these forms of interaction themselves in one of the many workshops and demonstrations. Presenter and musician Ad Visser created a musical conclusion to the day, with FI researcher Ralph Rousseau. 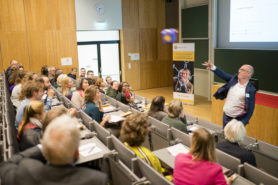 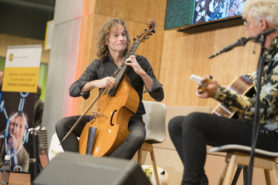 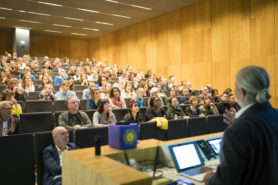 In NVOX (2018, number 3) an article has been published about the TLL Autumn Festival 2017. In this article two parts are highlighted: ‘Escape rooms in the vo’ and ‘The augmented reality sandbox’. Read the article (pdf in Dutch).

Click on the image to view the complete programme. 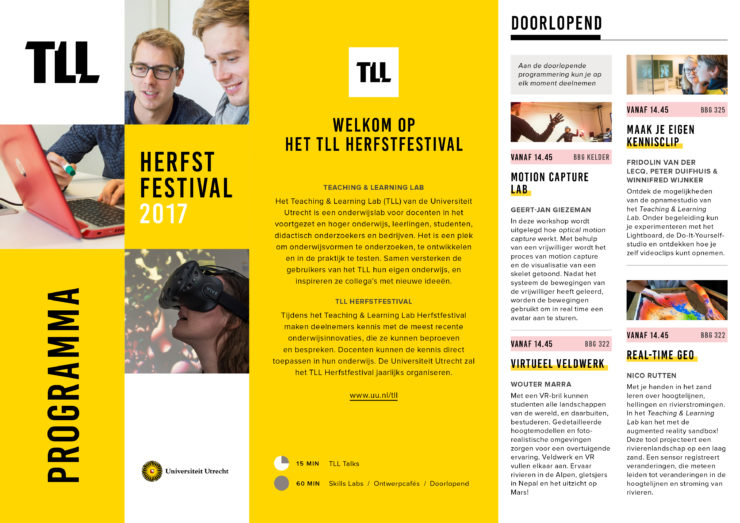