The ideal setup to let students work together 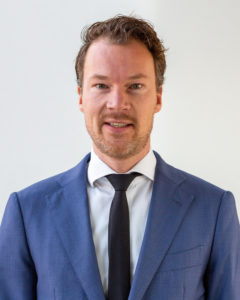 Programming skills are becoming increasingly important in all kinds of fields. To prepare students for this, Dirk Gerritsen (coordinator of the Masters program, School of Economics) and Robbert Pullen (trainer at the Optiver company) have developed a course on financial algorithms for students from both the School of Economics and the Science Faculty of Utrecht University. In the TLL, the students worked together on programming algorithms.

“By offering this course, we hope to prepare students for the future. That is a future where knowledge alone is no longer enough, but where they also have to have affinity with a programming language. This is not only important in the financial world, but in every industry where technology plays an important role. And that is the case in more and more industries,” says Gerritsen.

Groups having their own screen

56 students took part in this new (elective) course, which took place for the first time in February / March 2019. The course consisted of lectures and working groups. The working groups used the TLL. There, the students worked in groups of four on programming algorithms, with each group having access to a projector and multimedia screen. The arrangement of tables in small groups meant there was more cooperation, and because the programming code was projected on a large screen, everyone had an easy overview of what was being worked on. 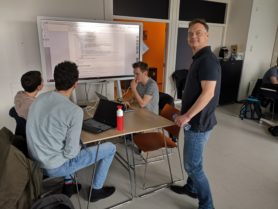 “The TLL made the necessary interaction between students possible, with a great deal of flexibility being offered to adapt the room to our own insight. It turned out to be the optimum setup that would have been difficult to achieve at other locations, ” says Pullen. Gerritsen adds: “There are rows of computers in traditional computer rooms. You quickly notice that students are not cooperating but working individually. At most, they work with the student sitting next to them. By connecting one computer to a beamer, students are really working on the same thing, and it is easier for everyone to think along. ”

Gerritsen and Pullen certainly want to give the course again in the TLL next year. They advise all teachers to explore the possibilities of the TLL, especially if you want students to work together.